When thinking of the chemical compounds found in cannabis, for some people the first one that comes to mind is THC (tetrahydrocannabinol). This is the psychoactive compound that gives cannabis its most well-known effects.

But in recent years, many people all over the world have started using another cannabinoid for health reasons. CBD (cannabidiol) has a range of potential health benefits such as pain relief, anti-epileptic, treatment for anxiety, anti-sebum and anti-inflammatory.

Due to the recent soar in CBD’s popularity, a huge range of CBD products has flooded the market. Because of this newfound popularity and market saturation, it can be difficult to distinguish legitimate CBD products from snake oil.

For newcomers to the CBD game, you may also be confused by such terms as “isolate”, "broad-spectrum CBD" and “full-spectrum”.

In this article, we’ll discuss the differences between these three forms of CBD oil, and why you may want to use one over the other.

Join us on this deep dive into the world of CBD.

The Three Types of CBD

So... What’s the Difference?

The difference between these forms of CBD lies within their contents. Despite the fact that each of these forms is derived from the hemp plant, they have different levels of other minor cannabinoids and compounds.

Flavonoids and terpenes give particular strains of cannabis their unique flavour and aromas. Full-spectrum CBD oil in the UK should contain up to approx. 0.1% of THC, which is the compound responsible for the cannabis “high”, but these small amounts are not enough to produce a significant psychoactive or intoxicating effect.

Our 500mg CBD oil is a great starter if this spectrum is for you!

The result is usually a milder, more palatable flavour and a great option for those wishing to avoid THC consumption.

Since CBD isolate is stripped of all these additional terpenes and cannabinoids, the purity of CBD isolate gives it the widest potential. And as a result, the isolated powder has very little taste it makes a great choice for a range of edibles, CBD infused drinks and skincare products.

Despite the lack of these additional compounds, CBD isolates still offer a broad range of health benefits. Since CBD isolate is a pure form of cannabidiol, it can be produced in crystal form and sold as a powder.

Despite these differences between these forms of CBD, the process by which they are extracted from the hemp plant remains the same. This will usually involve:

Since CBD is a pure and refined product, it will require some additional steps of processing in order to produce pure crystals of CBD.

To find out more about how CBD oil is made read more here.

What’s the deal with cannabinoids and terpenes?

Within the hemp plant, you will find plant compounds called cannabinoids. There are over 100 different cannabinoids in the world, two of which are the well-known active compounds found in cannabis; CBD and THC.

These cannabinoids interact with the body’s endocannabinoid system, which is a complex cell-signalling system that regulates various bodily functions such as sleep, appetite, mood, pain sensation, and memory.

Cannabidiol (CBD) is well known for its calming effects, so it is widely used for aiding sleep and treating anxiety, among other things. Other cannabinoids include cannabinol (CBN), cannabichromene (CBC), and cannabigerol (CBG). These cannabinoids also interact with the body’s endocannabinoid system.

When multiple cannabinoids are consumed in conjunction with each other, it produces a phenomenon that’s called “the entourage effect”. This phenomenon proposes that the combination of different cannabinoids produces a stronger effect when used together rather than when used separately or in isolation.

Terpenes are other organic compounds found in cannabis and many other different kinds of plants. These terpenes have their own effects and benefits, as well as contribute to the entourage effect.

Similar to the different cannabinoids, the various terpenes are also associated with their own unique effects. Common terpenes found in the hemp plant include limonene, humulene, myrcene, and ocimene.

What are the benefits of CBD isolate?

Because CBD isolate is the purest form of CBD, it may be more suitable for newcomers to CBD use, as there are no additional ingredients to interfere with the effects of the CBD. CBD isolate or “crystal CBD” has no discernable odour or flavour since it is so highly refined.

According to a 2015 animal study, CBD isolate may offer some health benefits, although the effects may be less noticeable when compared to a full-spectrum CBD product. This research also concluded that CBD isolate’s effectiveness at treating pain and inflammation may only occur at a specific dose.

This was in contrast with the effectiveness of full-spectrum CBD, as the effects increase in conjunction with the dosage.

This is not necessarily a drawback of CBD isolate, however, as it may be more suitable for some people who wish to take high doses of CBD isolate, as they may be sensitive to THC or other compounds present in full-spectrum CBD extract.

What are the benefits of full-spectrum CBD?

Since full-spectrum CBD products contain a broad range of other compounds such as cannabinoids and terpenes, they are likely to have a more potent effect compared to pure CBD isolate.  Studies have shown that the health benefits of CBD may be increased when more compounds from the cannabis plant are present. As we’ve mentioned previously, this phenomenon is known as the “entourage effect”.

Full-spectrum CBD products contain trace amounts of THC, usually lower than 0.1%, which is not a high enough dose to produce a significant psychoactive effect. It is important to note, however, that during the concentration process these THC levels can rise.

Because of this, it is important for users to read the label thoroughly before use, and it’s recommended that you look up independent test results before you purchase any full-spectrum CBD product.

The reported health benefits of full-spectrum CBD use include:

Many people favour full-spectrum CBD products as they are more natural and less processed than CBD isolate products.

Which form of CBD is the right one for me?

Clearly, there are advantages and disadvantages for each form of CBD and the right one for you is dependent on your own needs and health requirements. There is a wide range of both full-spectrum and CBD isolate products on the market today, but it is important to do your research thoroughly before purchasing and consuming any CBD product of any kind.

The right form of CBD extract for you comes down to personal preference ultimately. Both forms of CBD extract offer a broad range of health benefits, but the above information should help you come to a conclusion bearing in mind your own specific health needs.

CBD isolate is the purest form of cannabidiol you can get, whereas full-spectrum CBD contains a lot of the hemp plant’s natural compounds and beneficial cannabinoids and terpenes.

The combination of all these different compounds working in conjunction with each other promotes the entourage effect, which increases the overall effectiveness of the product and encourages the invigorating potential of the cannabinoids.

When choosing a product, one should first consider and assess their current state of health, including their body chemistry, fitness levels, mental health, and their sensitivity to THC.

Whichever product you choose, we suggest starting with a smaller dose before working your way up to higher doses to understand at what point you see any positive effects or any negative side effects.

Research into the effects of these compounds is still ongoing, and it’s very important to do your research thoroughly before purchasing and using any kind of CBD product.

Additionally, make sure to read the labels of the CBD products carefully before use, and consider consulting your doctor or healthcare provider before starting to take any CBD products.

Sign-up to Save 15% on your first order and get regular, exclusive offers!

Please check your email/junk folder to claim your code!

What Is CBD? Your Complete Guide To CBD

01/03/2022
CBD oil has caused quite a stir in the last few years! What’s the benefit of taking CBD oil? Why is it legal while other cannabis products aren’t?
Read more

Can You Drink Alcohol With CBD Oil?

24/06/2022
In recent years, CBD oil has sky-rocketed in popularity. This has led to many asking, “Can you drink alcohol with CBD oil?” We will answer this question and much more in this article!
Read more 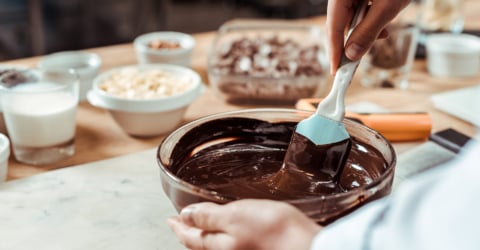 13/08/2020
In recent years, people have experimented with the best ways in which to supplement CBD oil - some of the most prominent ideas are related to food and drink. If you would like some ideas on potential uses, the team here at Beliebis UK are more than happy to help.
Read more 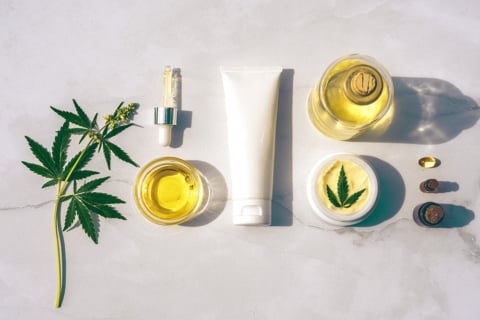 13/07/2020
You may be new to the world of CBD and could be unsure of the various ways in which you can take these types of product, if so please let Beliebis UK introduce you to four fundamental methods of supplementing with CBD.
Read more 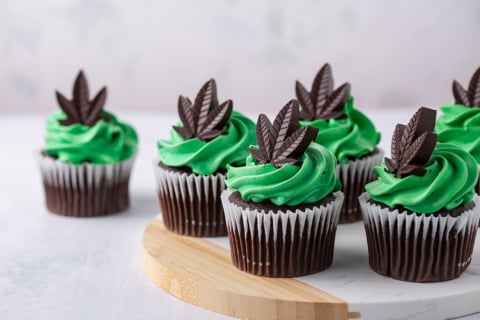 5 Great Ways To Add CBD Oil To Your Daily Routine

28/03/2021
If you’re new to using CBD products and you’re wondering how people usually use CBD oil, below have looked into some of the best ways that you can incorporate your desired dosage into your daily routine.
Read more

21/01/2022
Vaping has become a huge trend in the last few years and it’s no wonder why. Here are 5 facts you need to know about vaping!
Read more